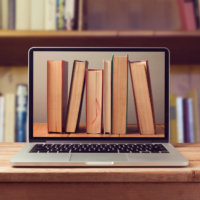 I would like to share my experience about how I increased the Marketing ROI of a publishing company.

What do you know about publishing and book marketing?

To be honest, before I started my project, my knowledge about this industry was limited.

After working intensively on book marketing for more than 6 months, I can proudly say the publishing industry is one of the most interesting industries I worked for in the past years.

My client is a Belgian publishing company that makes educational, general and professional publications.

During this project I took on the role of a Marketing & PR Coordinator for popular fiction and non-fiction as well as literary books.

What is book marketing?

First of all, book marketing is not too different from product marketing in general. All I wanted to achieve during my project was to create awareness among 2 important audiences: booksellers and consumers.

At the end of the day, we obviously needed to sell books. In traditional publishing houses, book titles get assigned to several marketers.

However, at my client’s company, they assigned book titles according to the experience, expertise and workload of each marketing team member.

According to my expertise, I got involved early in the publishing process to analyse the target audience for each individual book.

Once they determined the potential readers, I set up strategies to increase marketing ROI and reach them.

Let’s have a closer look at one strategy in particular: press release.

Since earned media coverage had been a successful marketing channel for many book titles, writing effective press releases quickly became one of my main tasks.

When launching a book title, I was always in search for a credible third party such as a newspaper, magazine or influential reviewer to share the news with their audience.

So, sending press releases to a thought-out selection of journalists appeared to be an effective strategy to get media coverage and build sustainable relationships with the media.

However, journalists get overwhelmed with breaking news, events and of course massive competitive book publicity.

Choosing the right time frame to send your press release can be crucial in order to receive the attention your book deserves.

Podcasts as a book marketing tool

When you want to connect with readers on a personal level you can give them the chance to meet the author, for example at a book launch event.

However, since launch events aren’t always the best way to reach new customers – mostly existing fans of the author subscribe to a launch event – podcasts can become your key tool.

Publishers have become interested in the value that podcasting can bring to their company. And that should not really come as a surprise since podcasts allow authors to communicate to a captive audience.

Eager to find new ways to reach your audience?

In cooperation with Yungo and Starring Jane